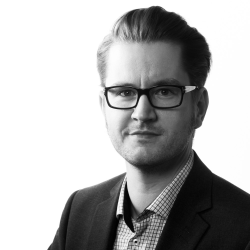 I work as a software developer. Why do I call myself Codemeyer? Because code is my game and Meyer is my name…

Working as a developer since 1999, doing C# development of all kinds since 2002. Web, Windows, mobile devices – been there, done that. Before C# I did Visual Basic 6. I have done some weird stuff in Visual Basic, like writing my own unit testing framework and my own stack trace. Now mainly doing ASP.NET MVC development, including lots of funky JavaScript and CSS stuff.

Through the years I’ve acquired a taste for clean code, test-driven development and well-structured and well-formatted code. I keep my knives sharp by constantly trying to improve everything I do, looking at the web, lots of blogs, Twitter, and enjoying Cleancoders.com web-casts and having a Pluralsight subscription.

Since I do software development in my spare time, I have invested money in personal licenses for Visual Studio 2008, 2010, 2012 and 2013, Resharper, RubyMine, AppCode, WebStorm, NCrunch, VSCommands. At least now I can save some money when Visual Studio has the Community edition…

Exploring Ruby, Python or whatever I feel like in my spare time. Xamarin and Mono is interesting, but do I really need even more C# in my life?

I currently live in Stockholm, Sweden, with my wife, son and cat. I’ve been a motorsports fan since 1992 and created a website for former F1 driver Pierluigi Martini. It was online from 1997 to 2000 or thereabouts. Great lover of animals, big and small. If I stopped programming I wouldn’t mind working as an animal keeper. Well, I’d actually rather be a Formula 1 driver, but it’s a bit late for that now.

Computer games is a great love of mine. Most of favorite games seem to contain either swords and armor (the Elder Scrolls series, Lord of the Rings Online) or cars (iRacing, rFactor 2, Project Cars, Assetto Corsa). I own a Logitech G25 and a Playseat, but no swords. I’ve also written some tools for the classic Formula One Grand Prix by MicroProse, such as ArgEditor.

I also listen to music. (Un)interesting point of trivia: I know all the songs from the 1997 Eurovision Song Contest.